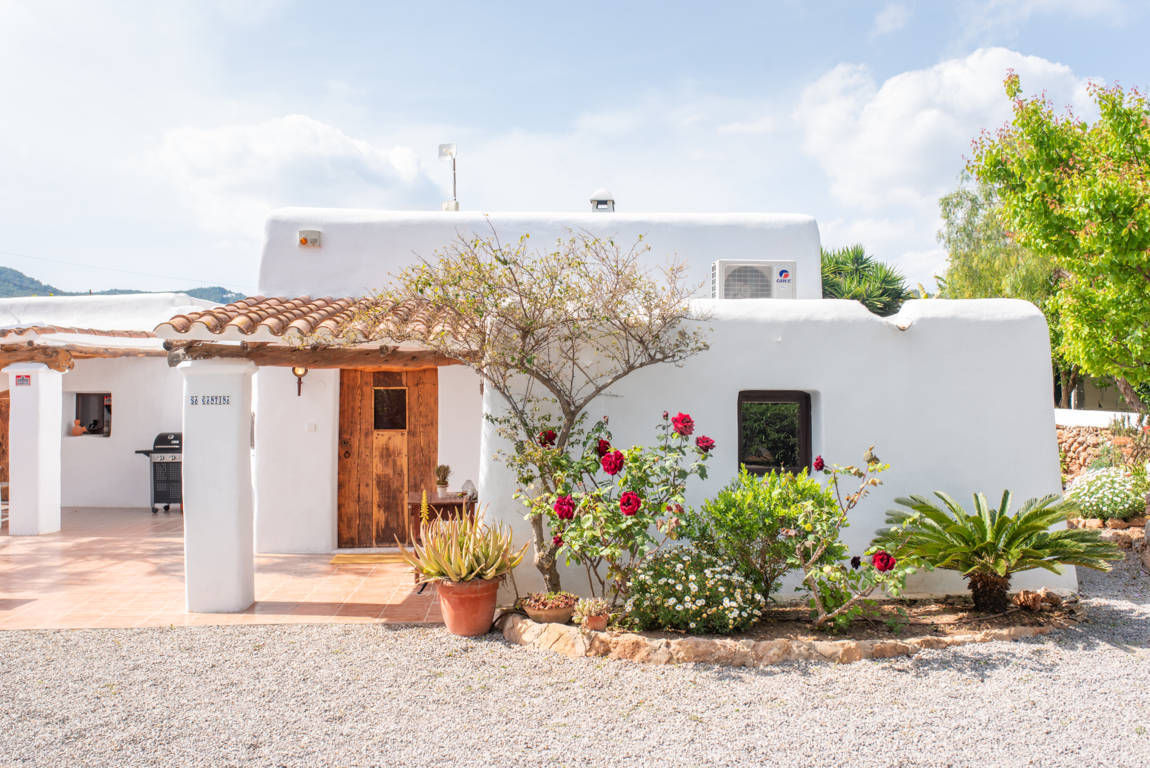 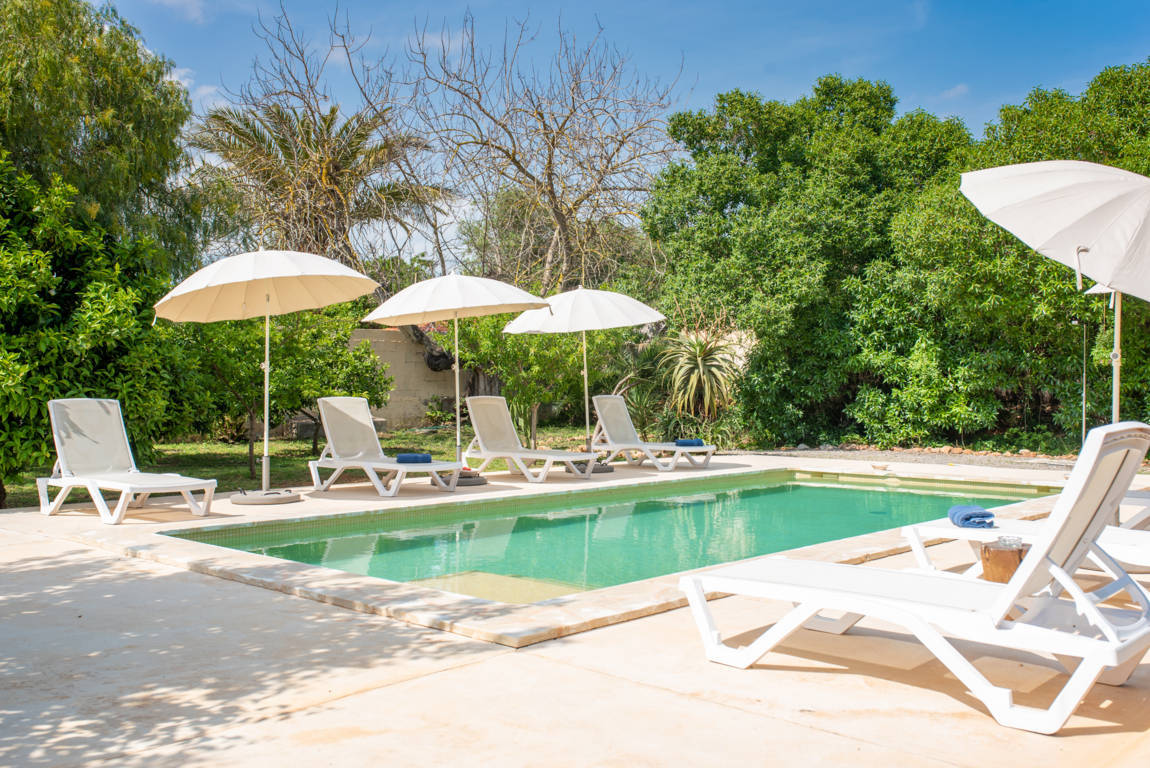 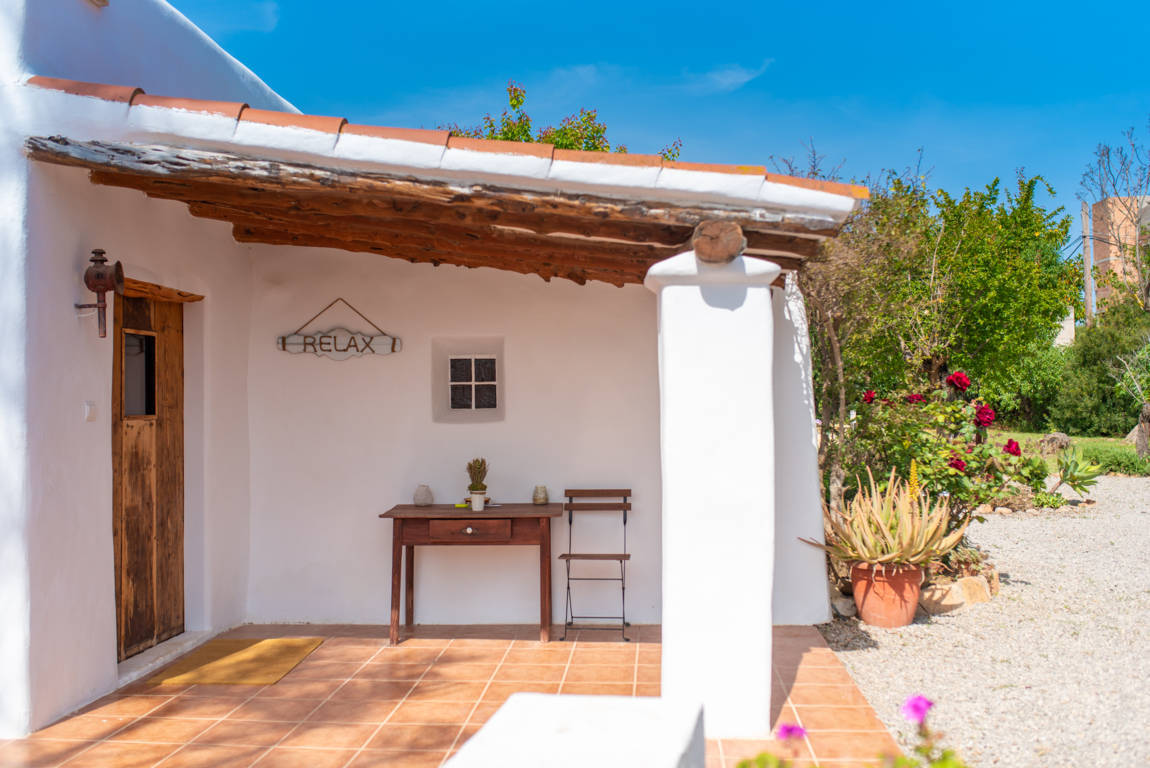 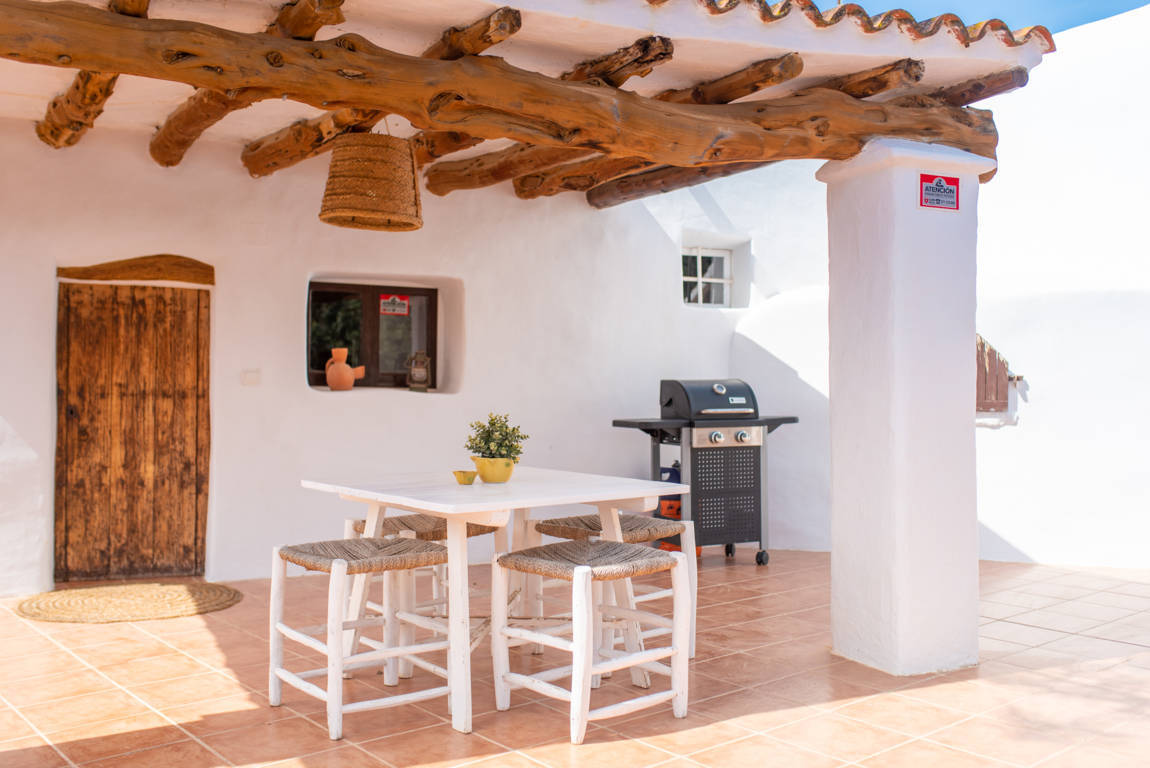 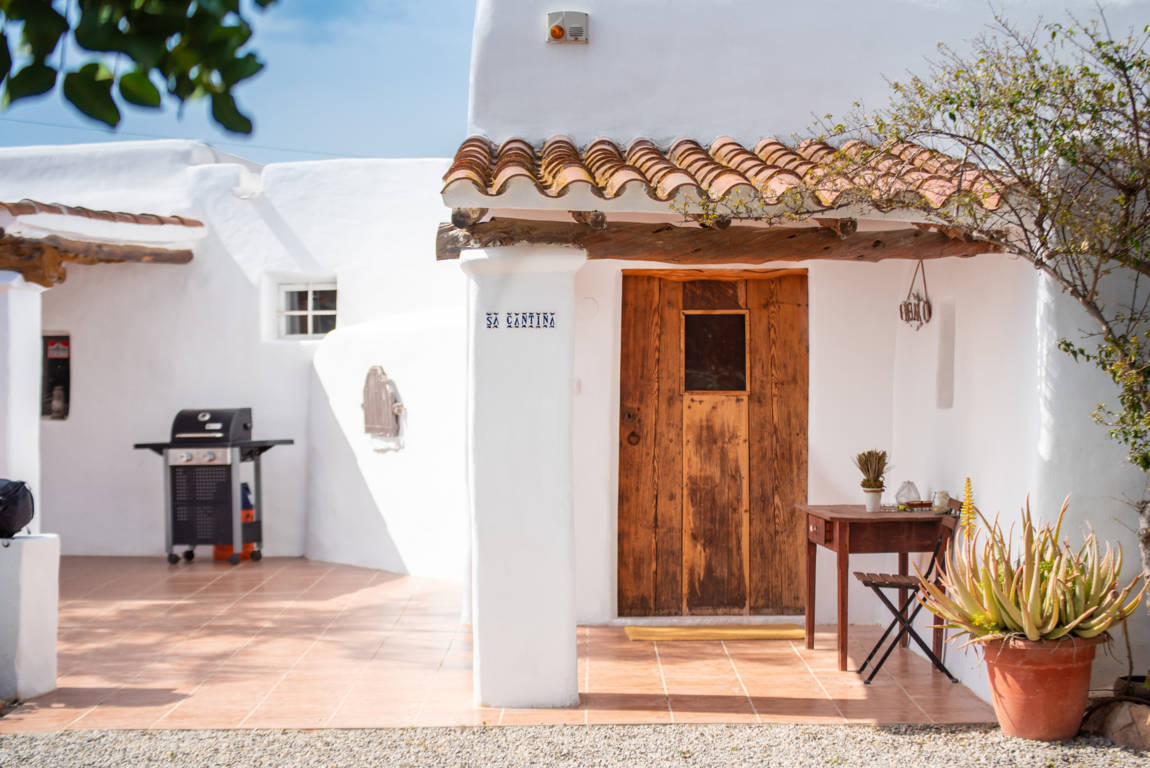 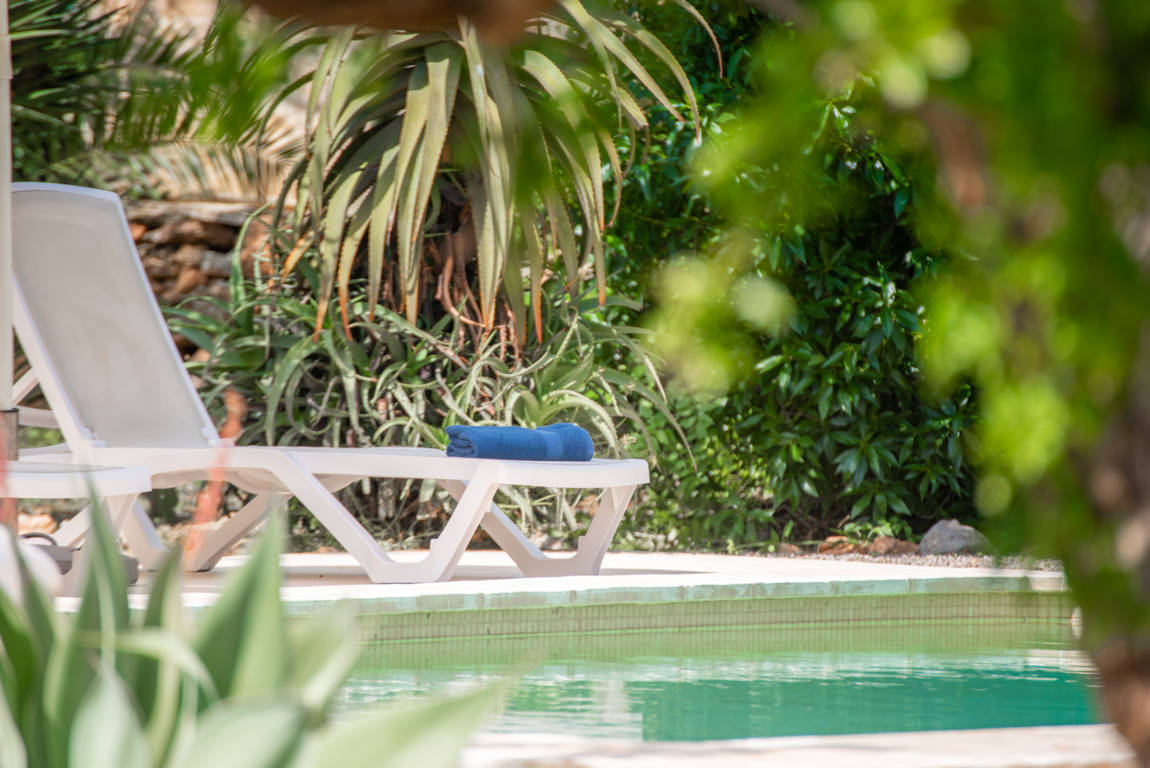 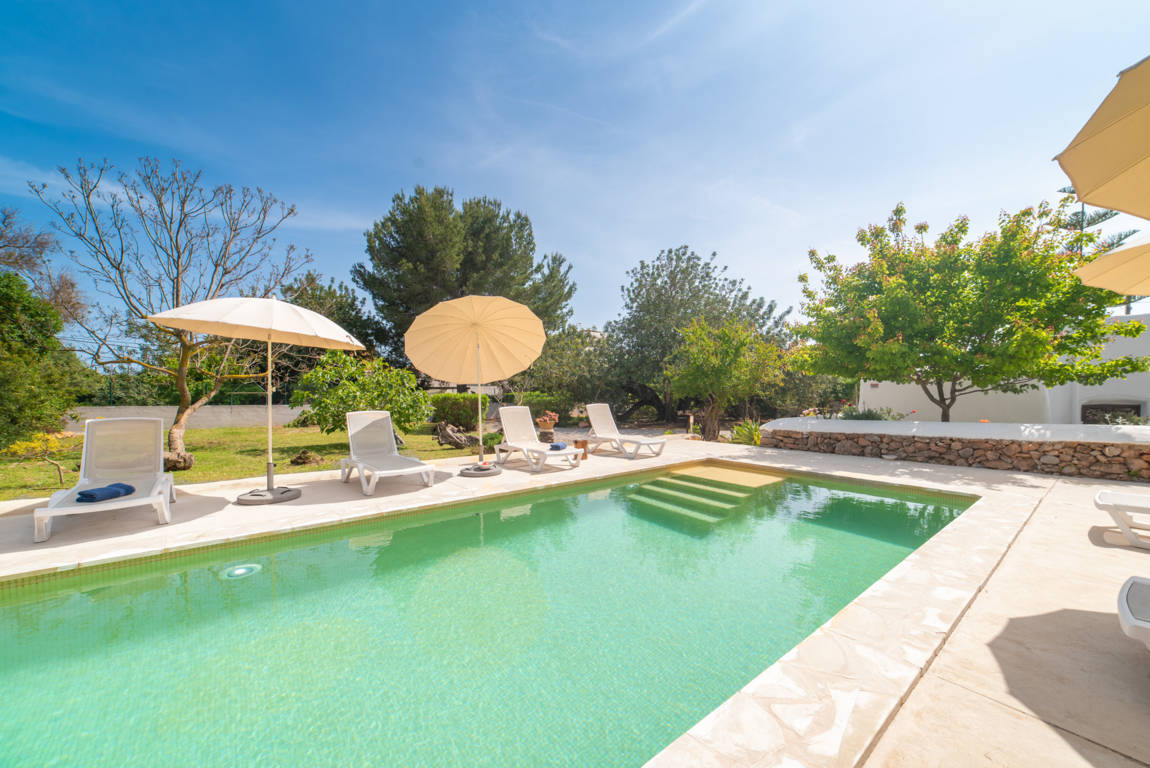 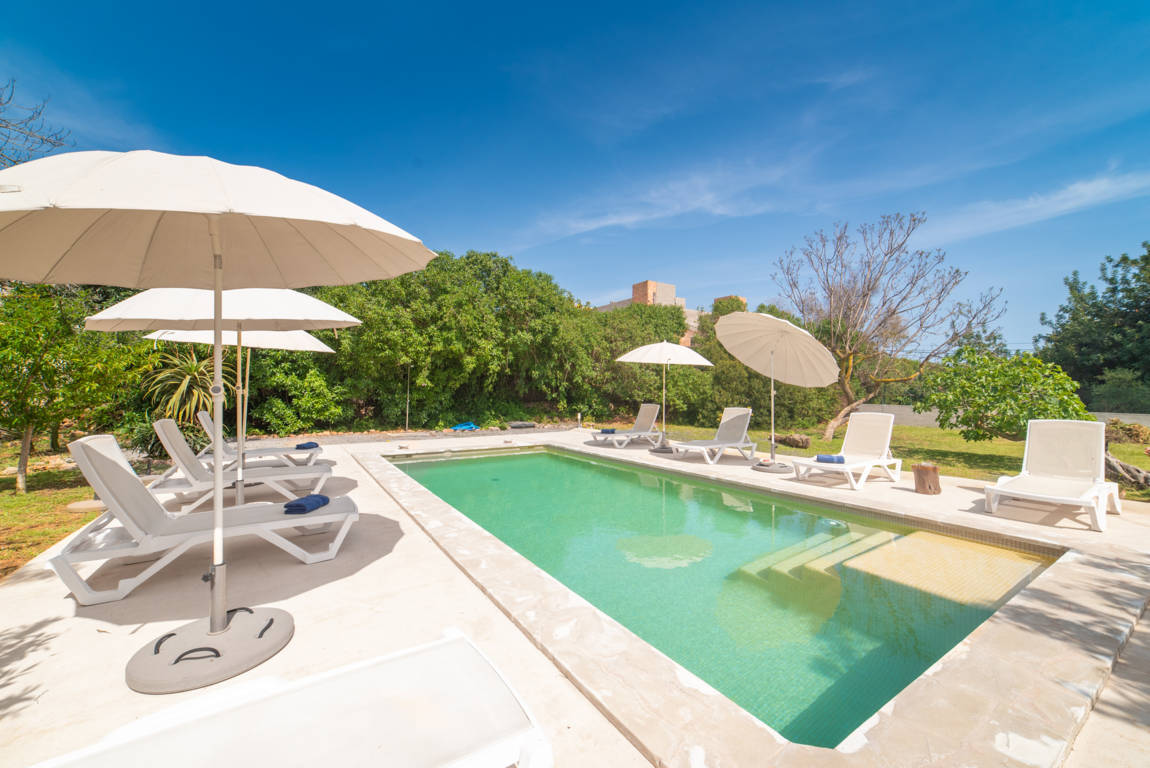 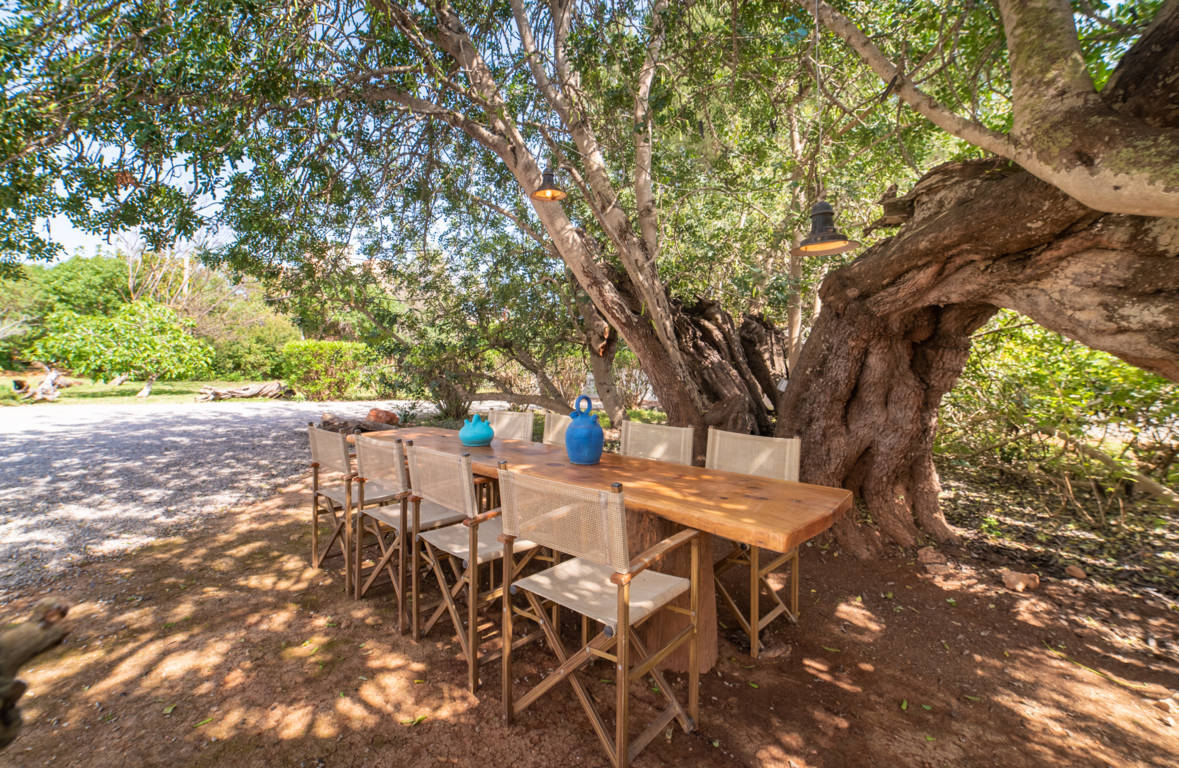 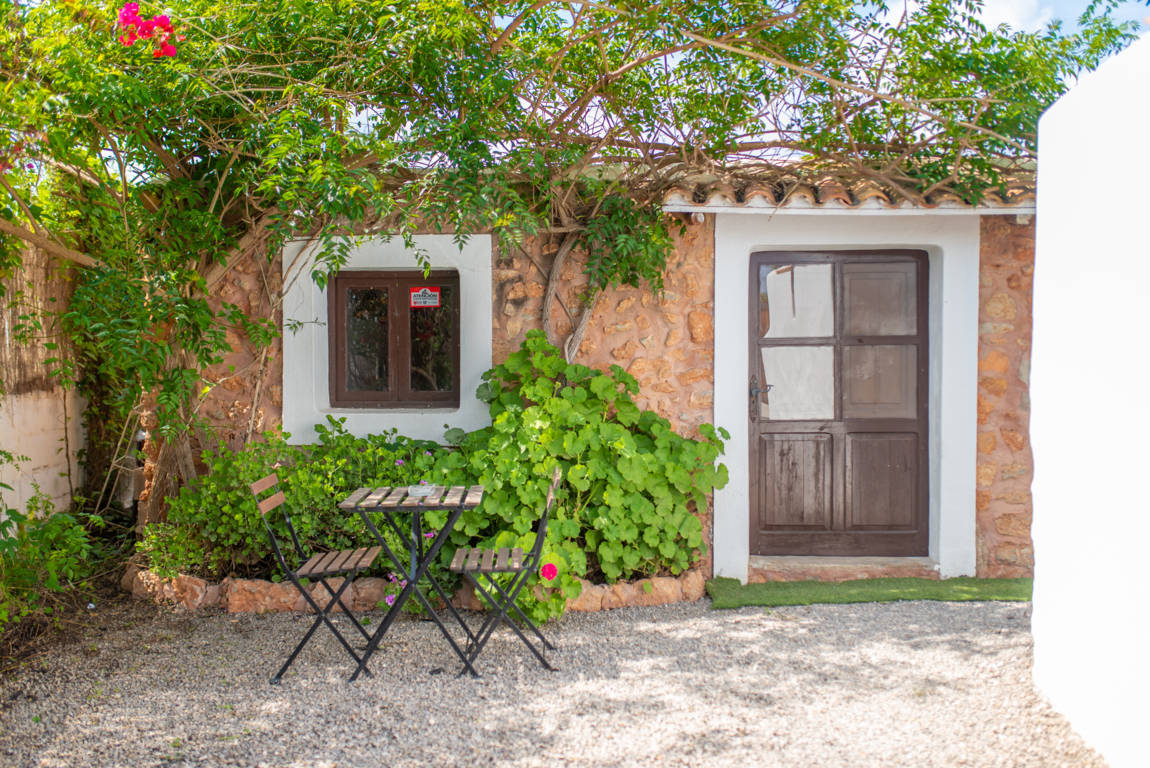 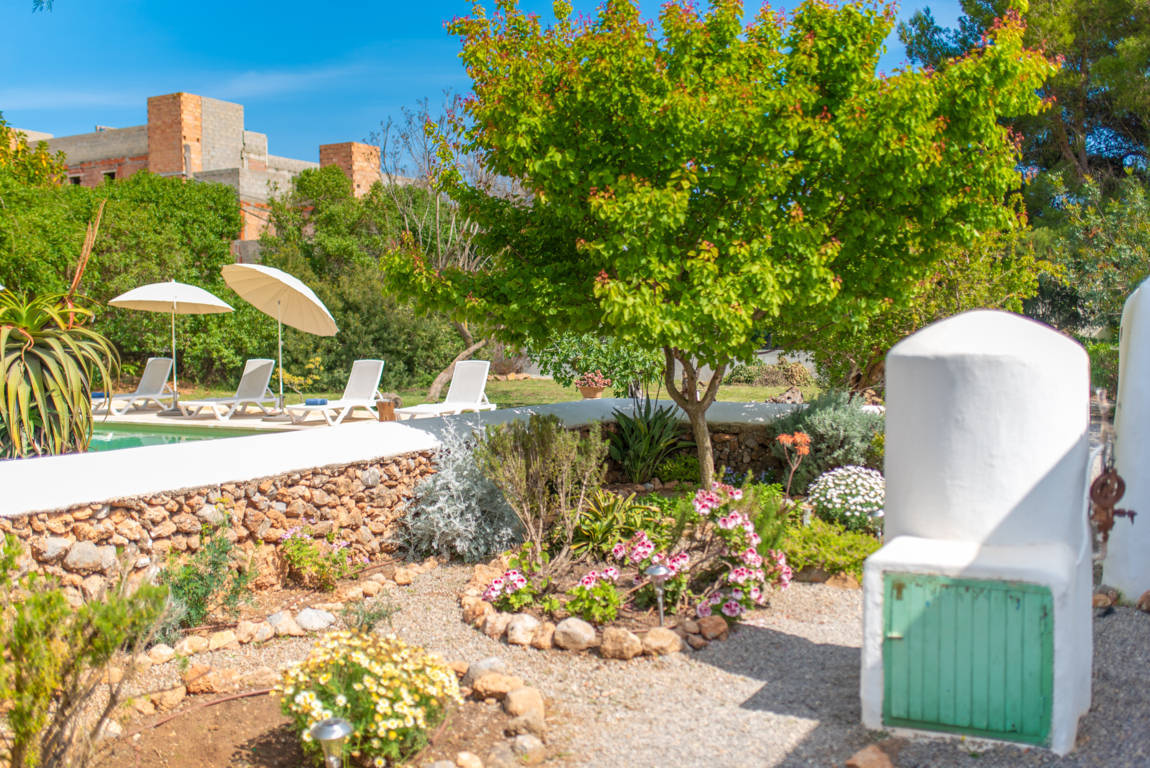 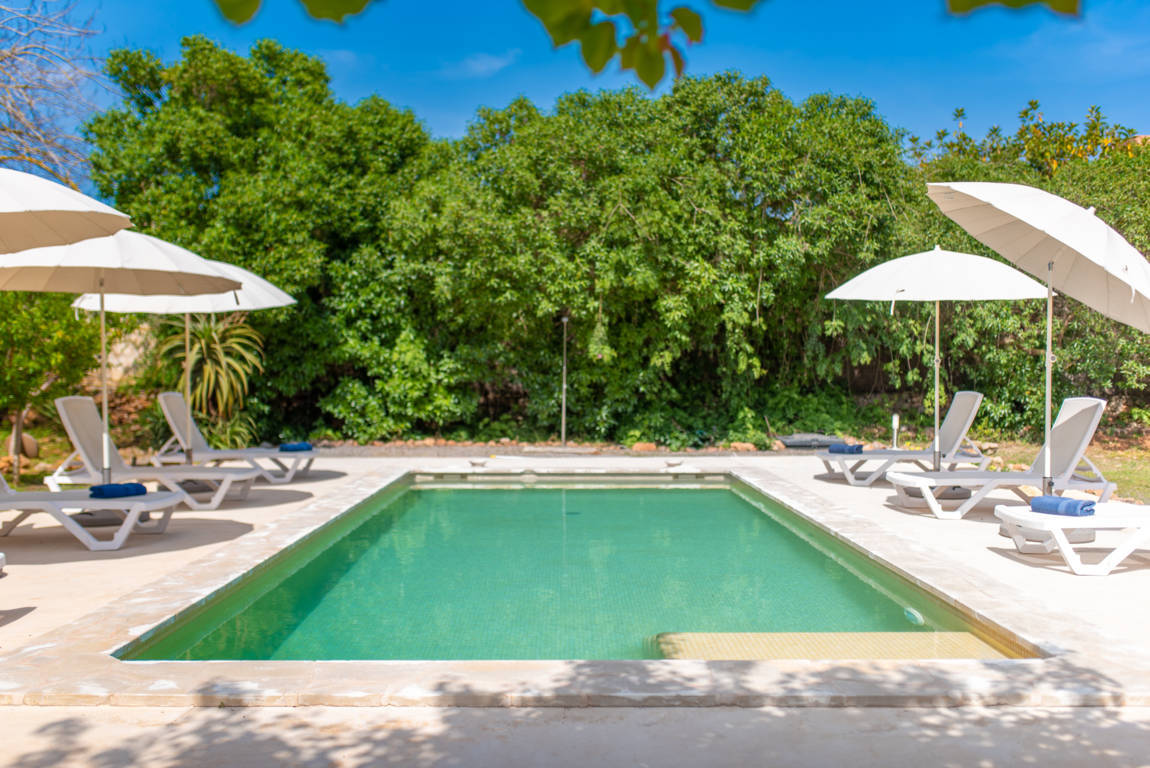 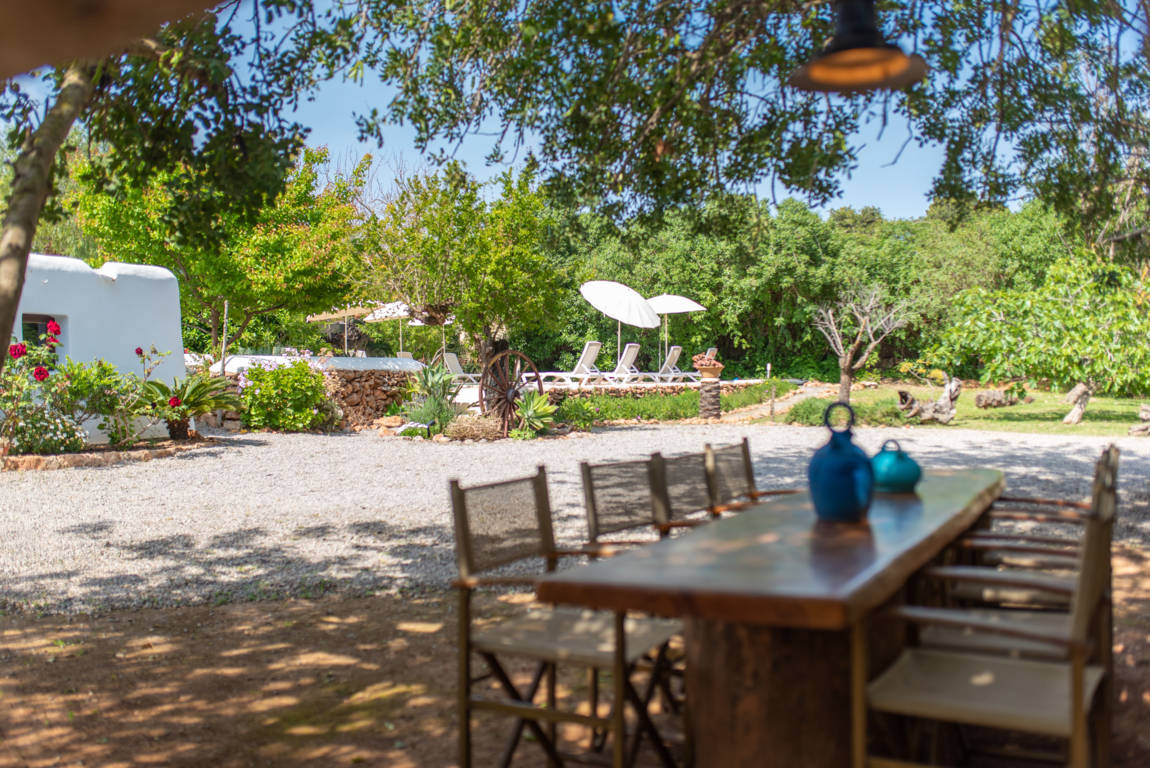 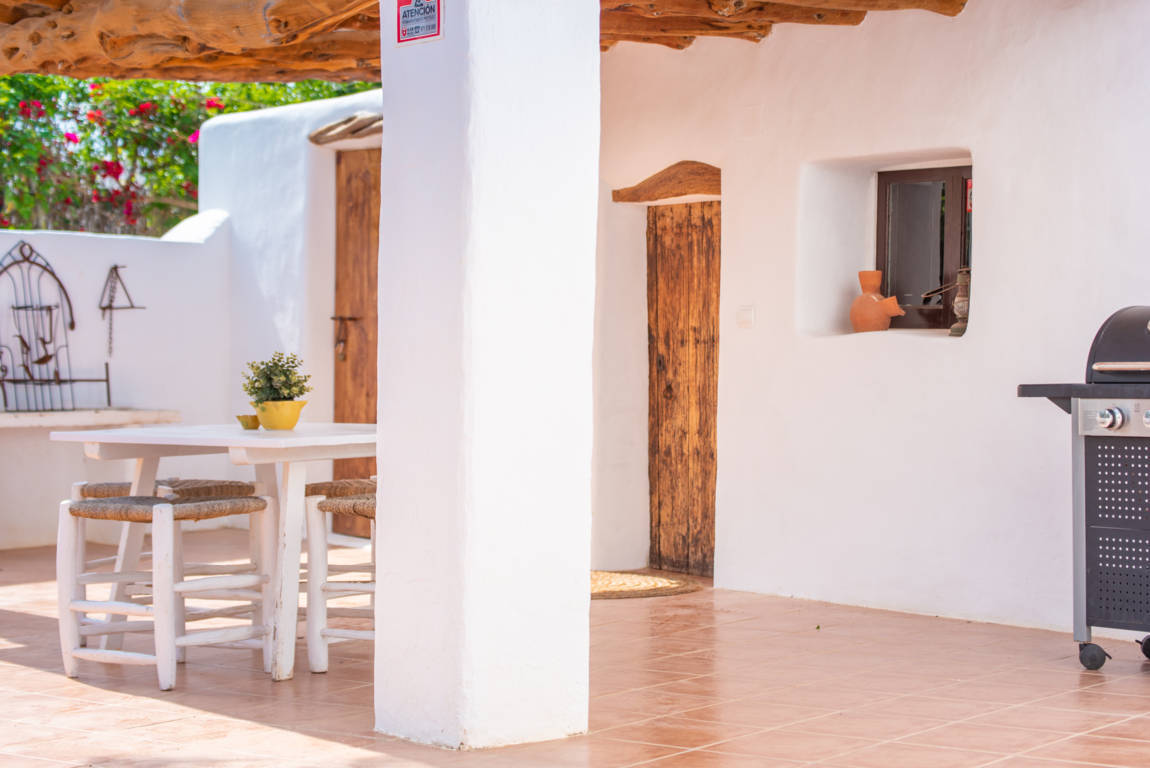 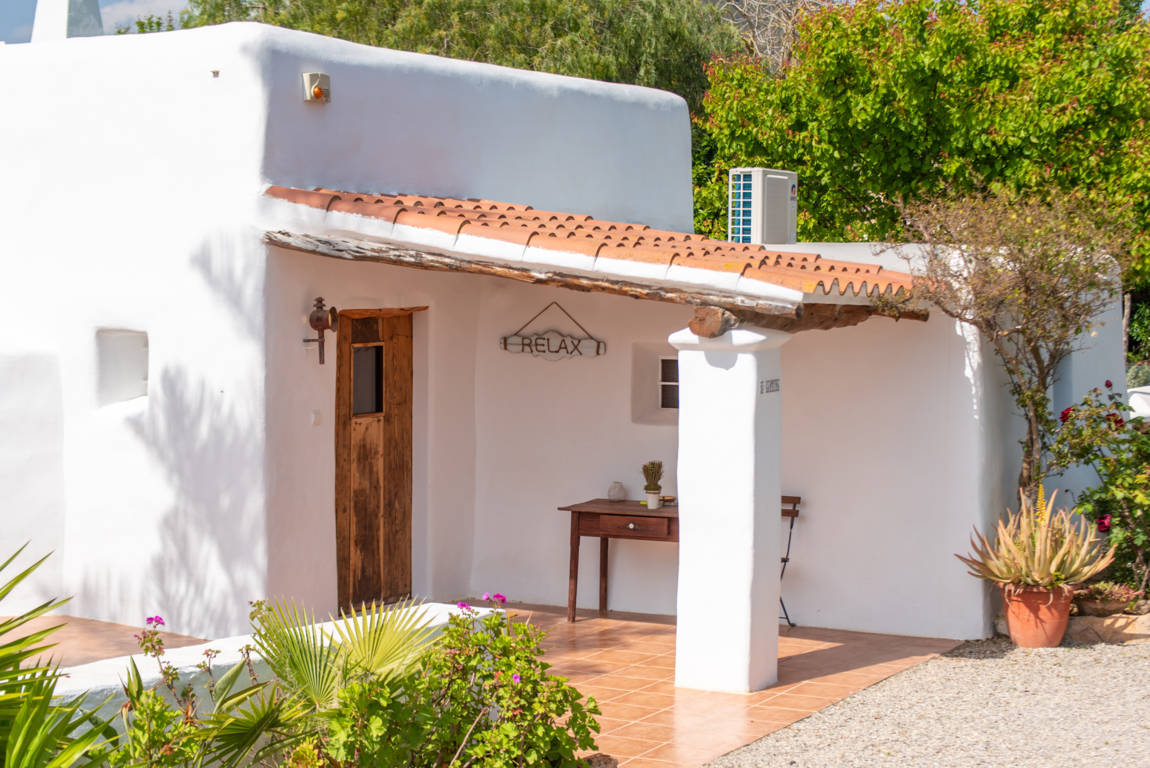 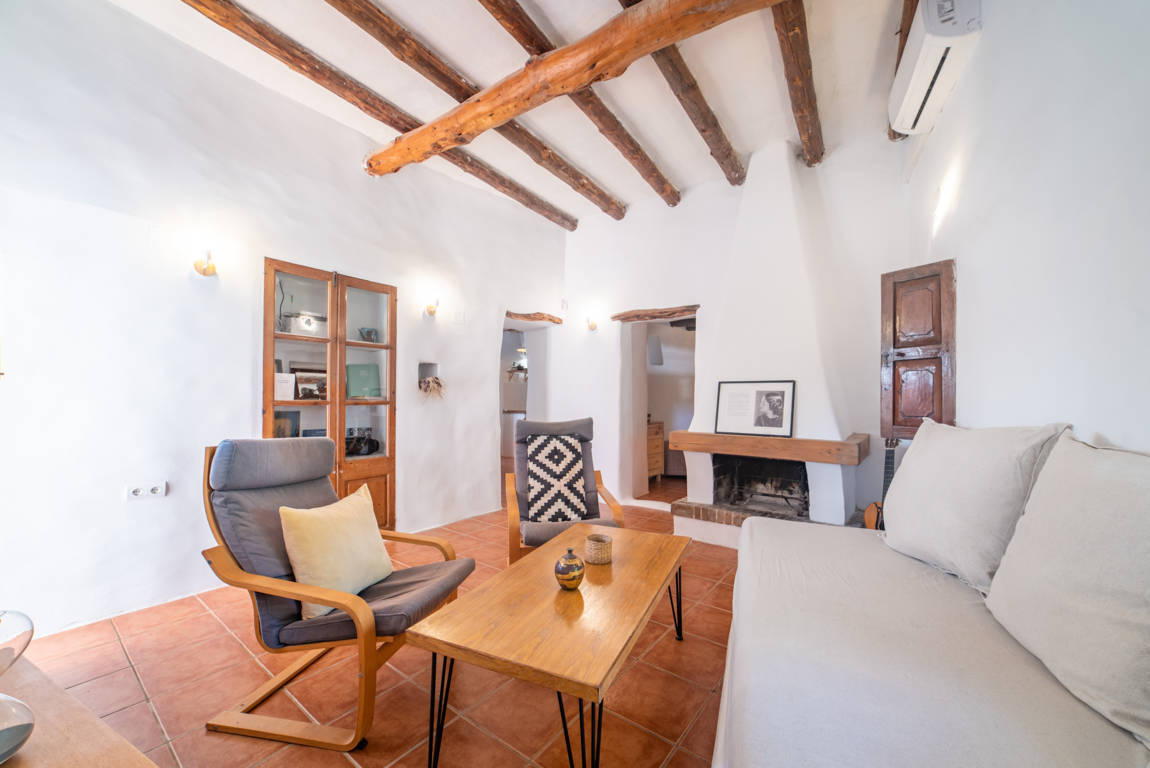 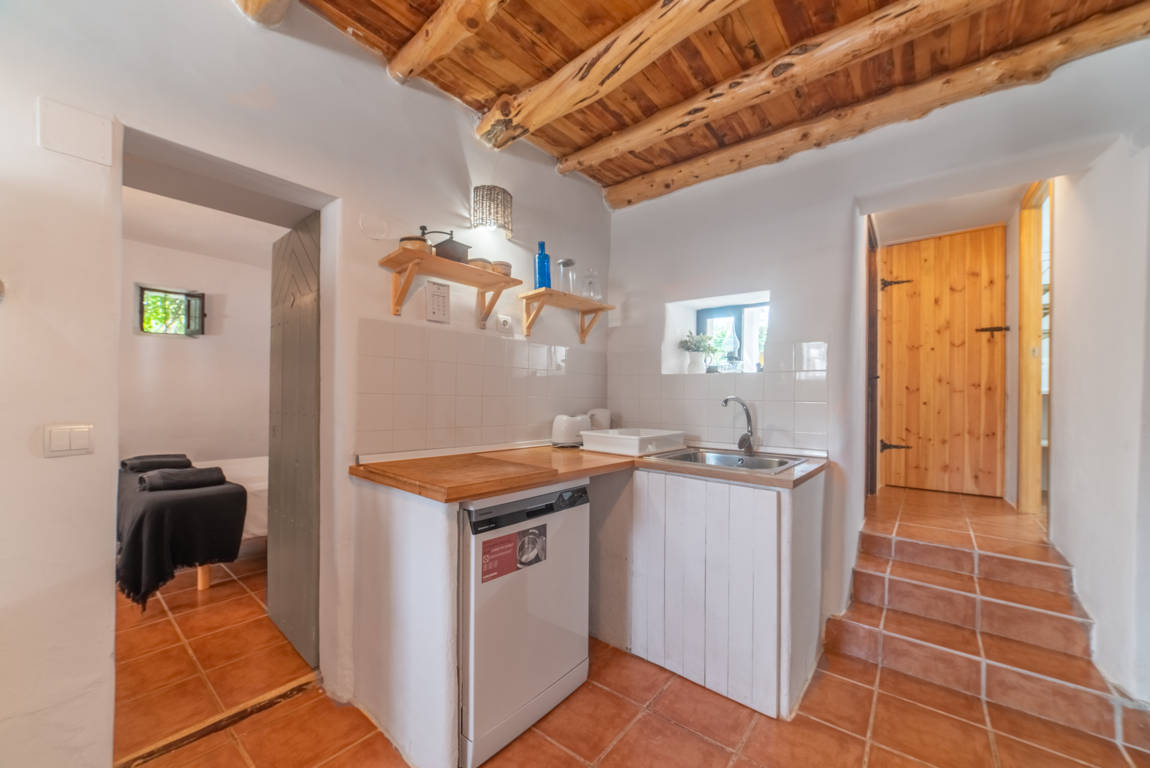 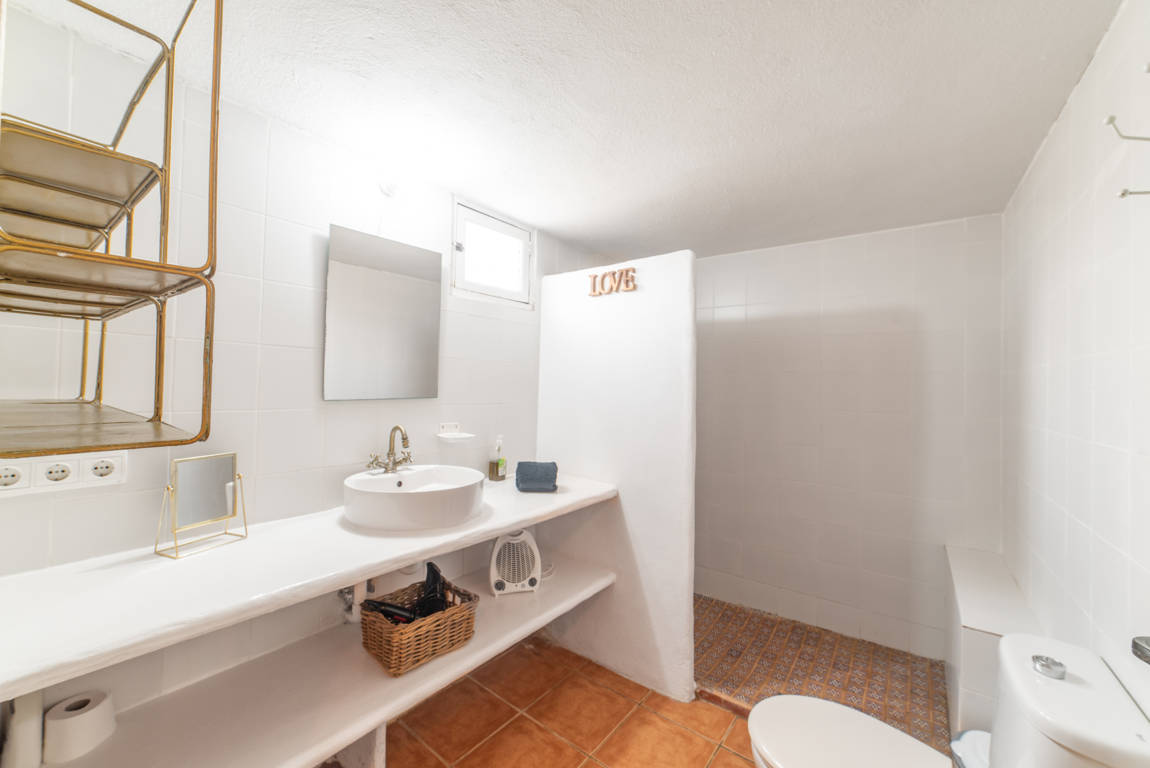 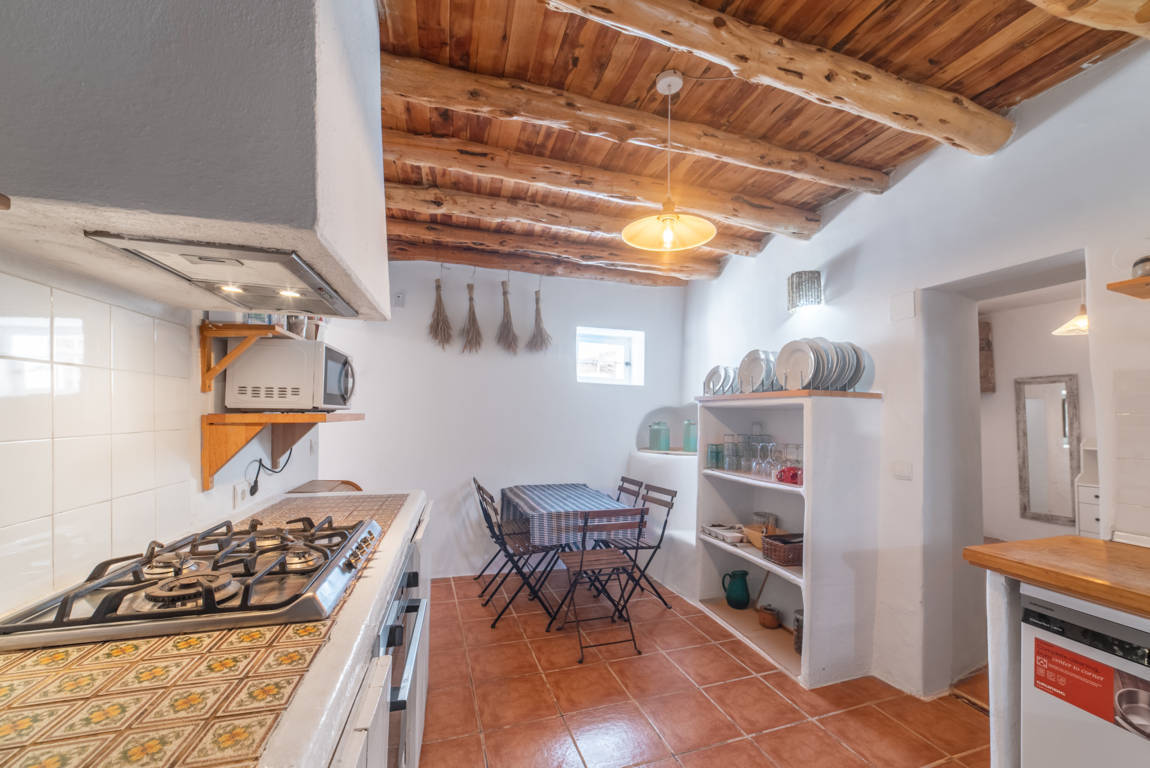 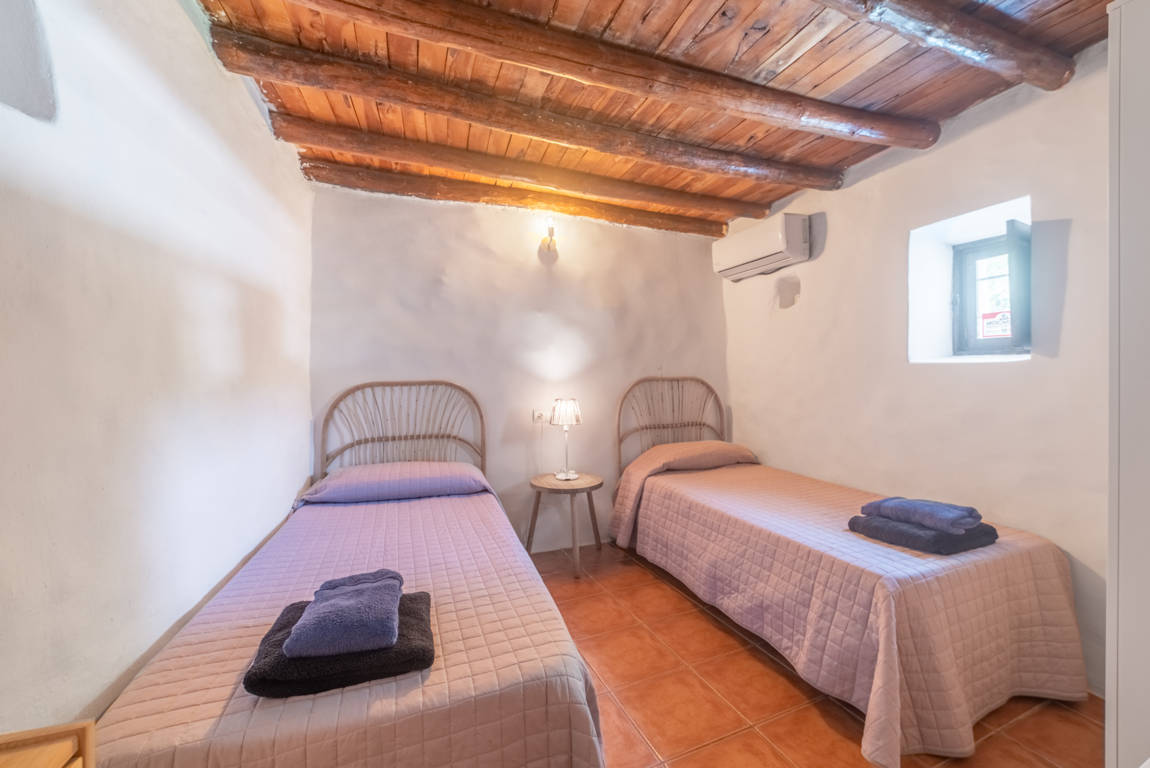 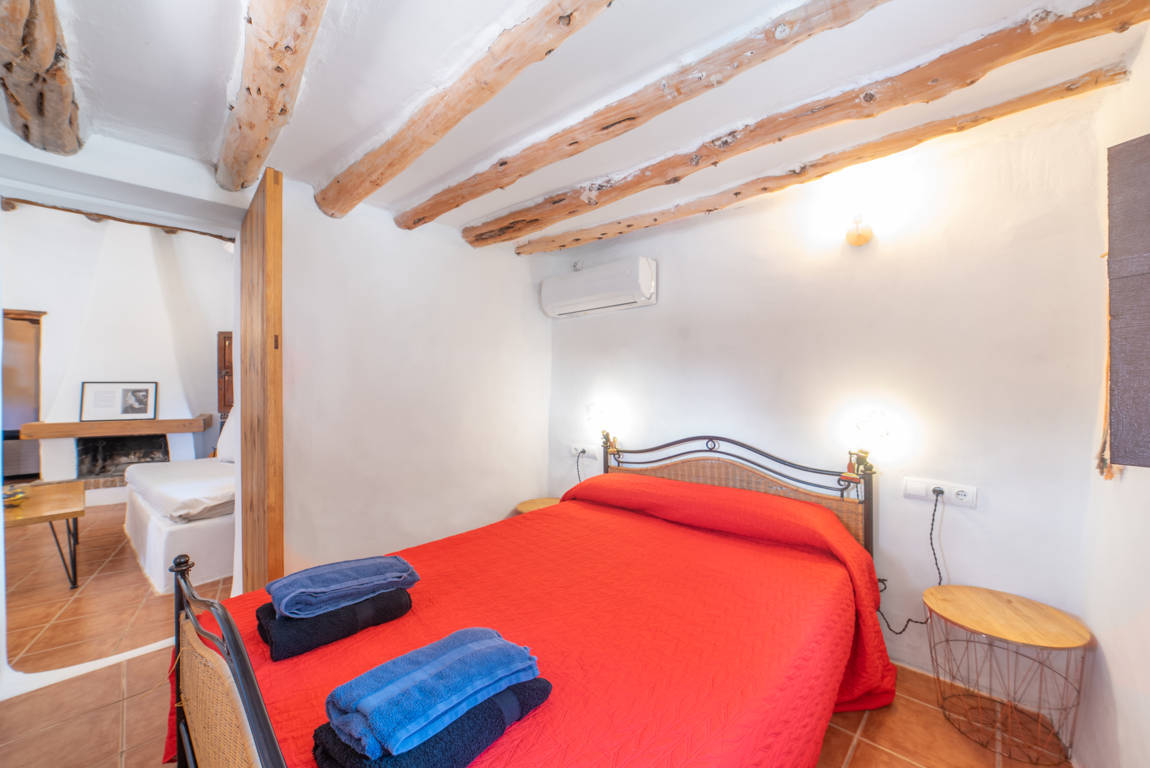 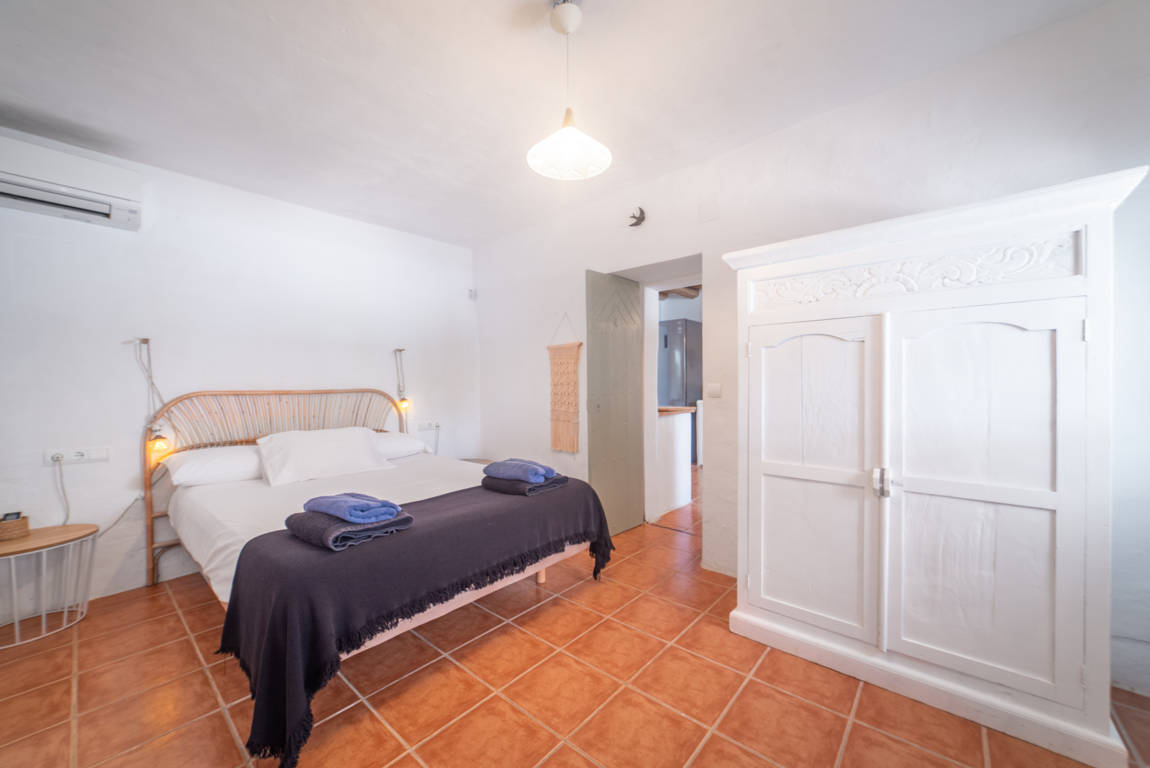 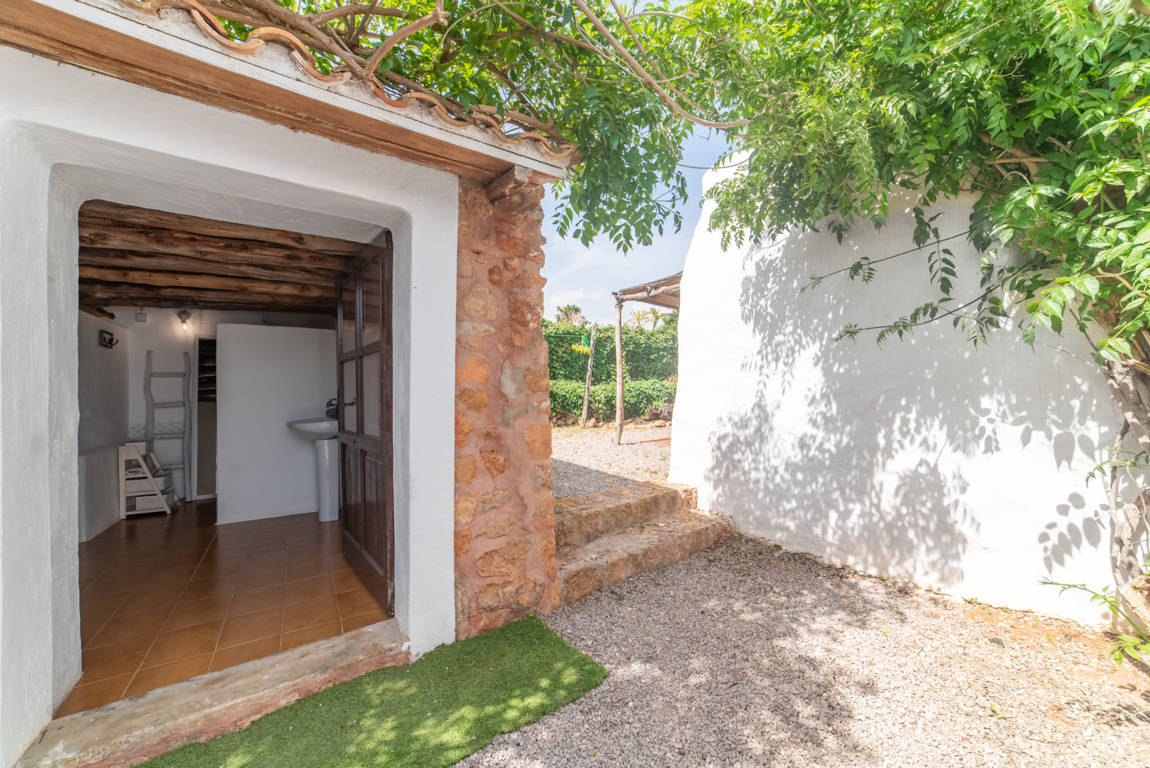 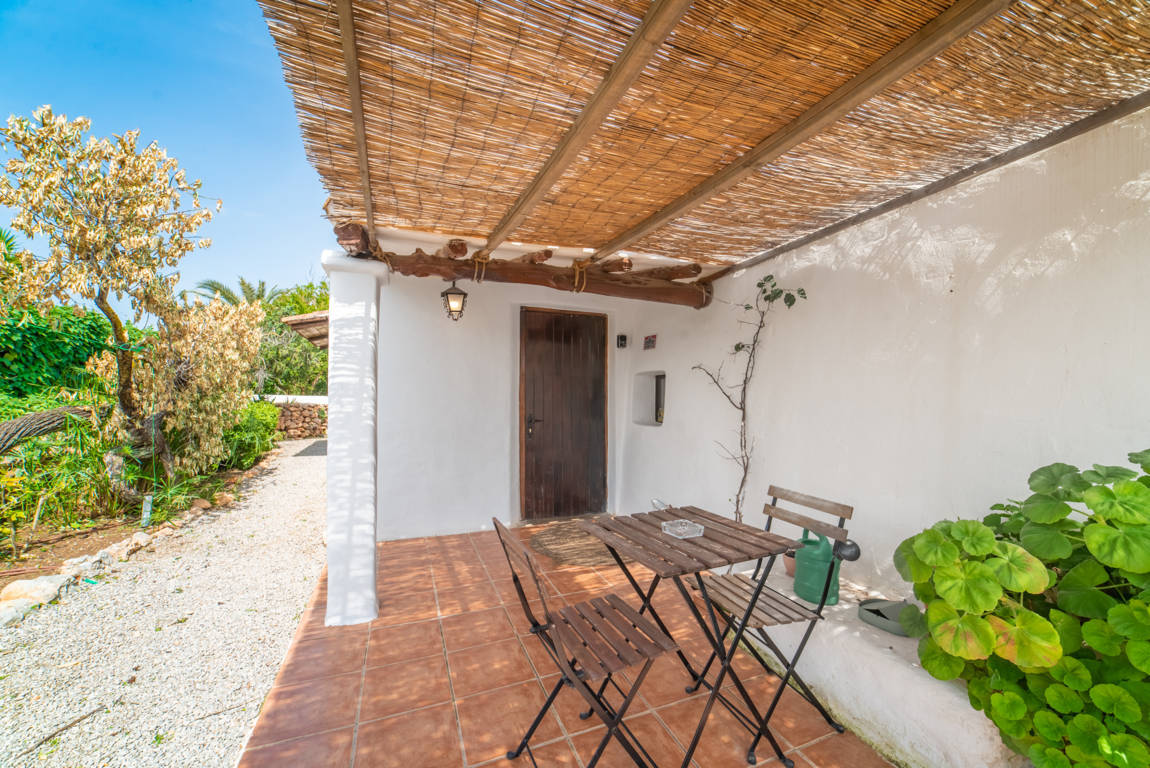 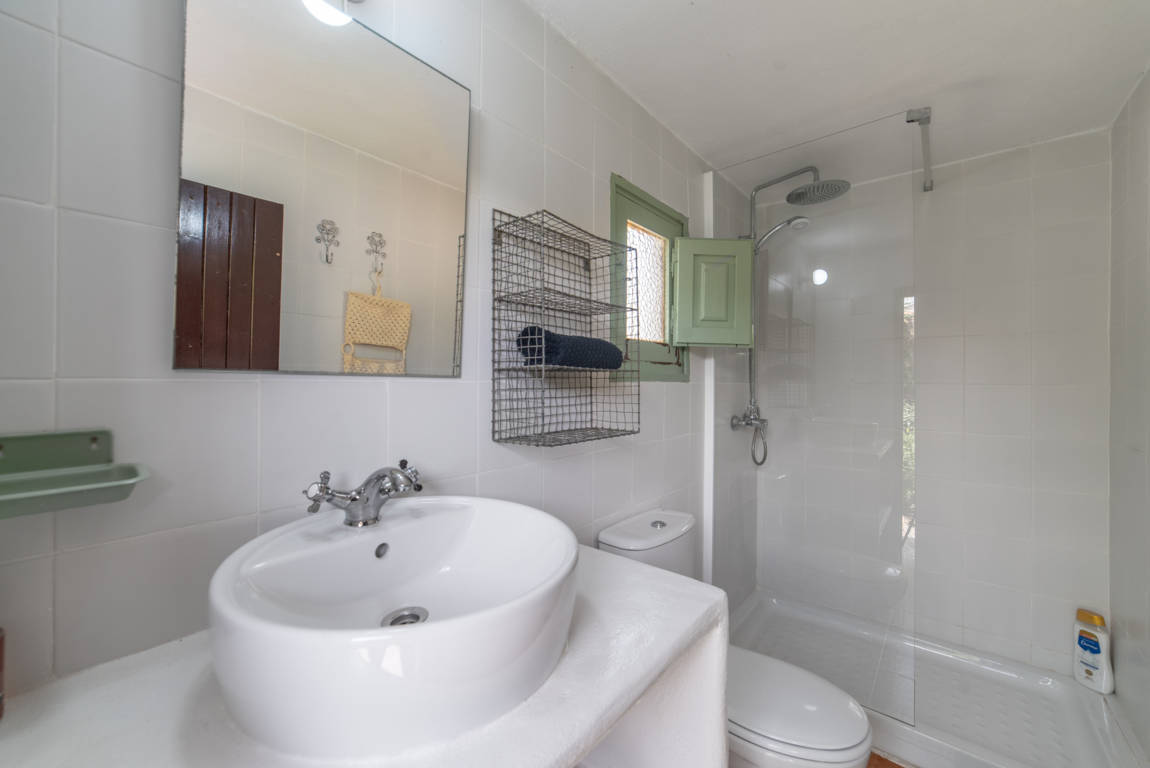 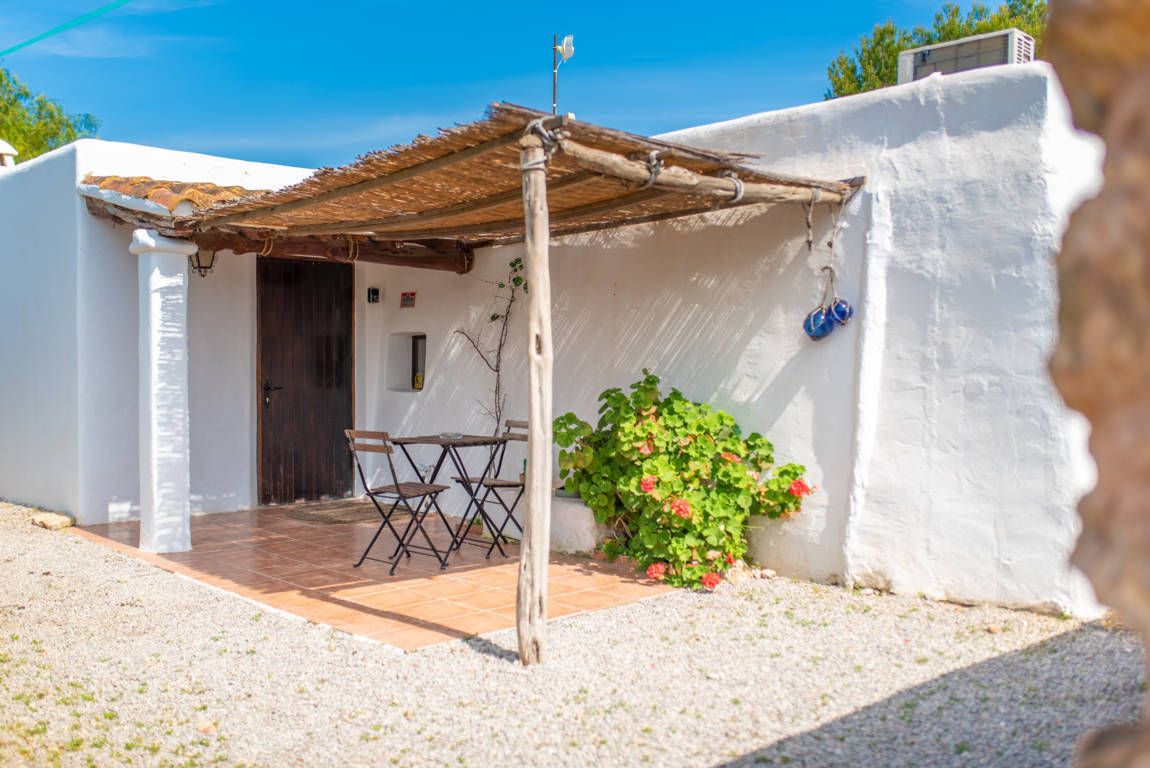 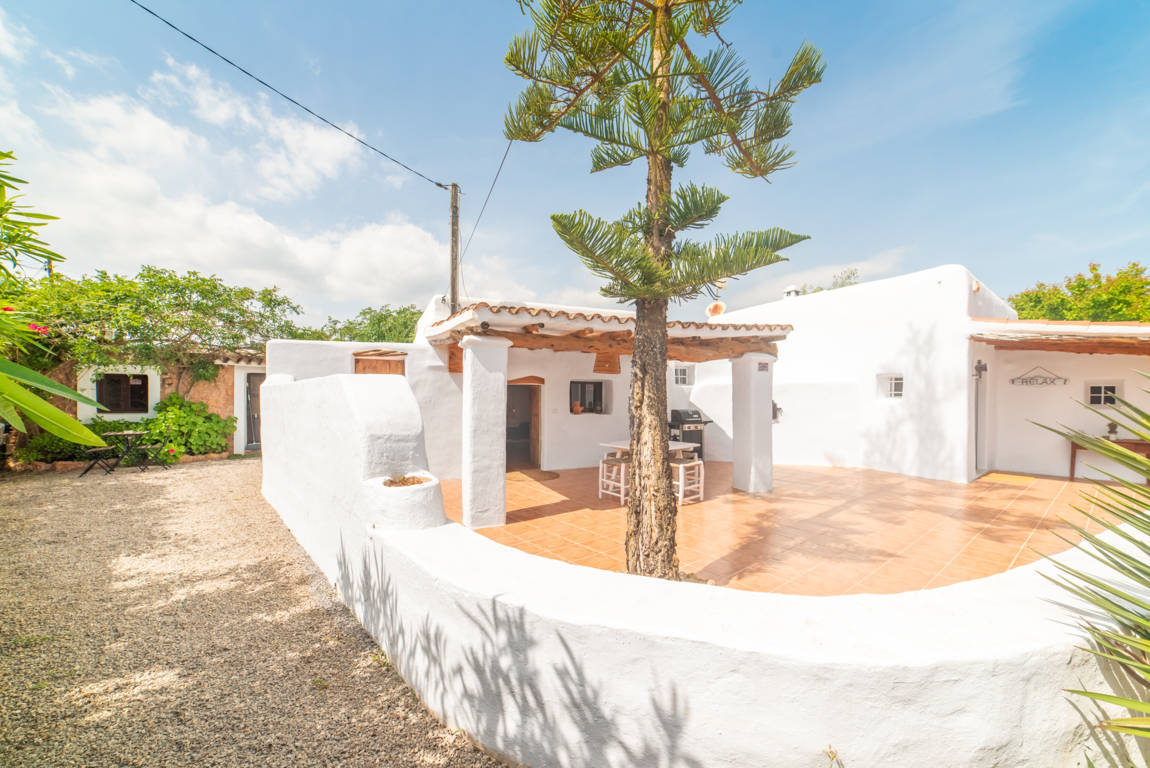 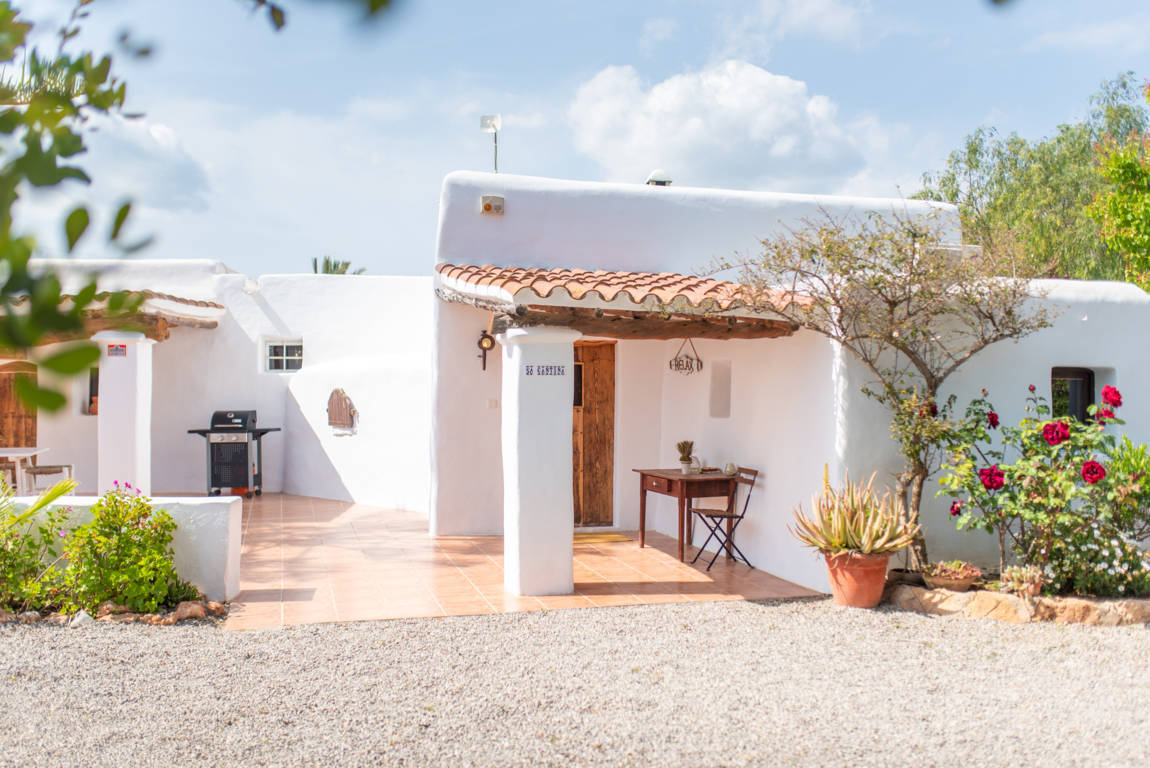 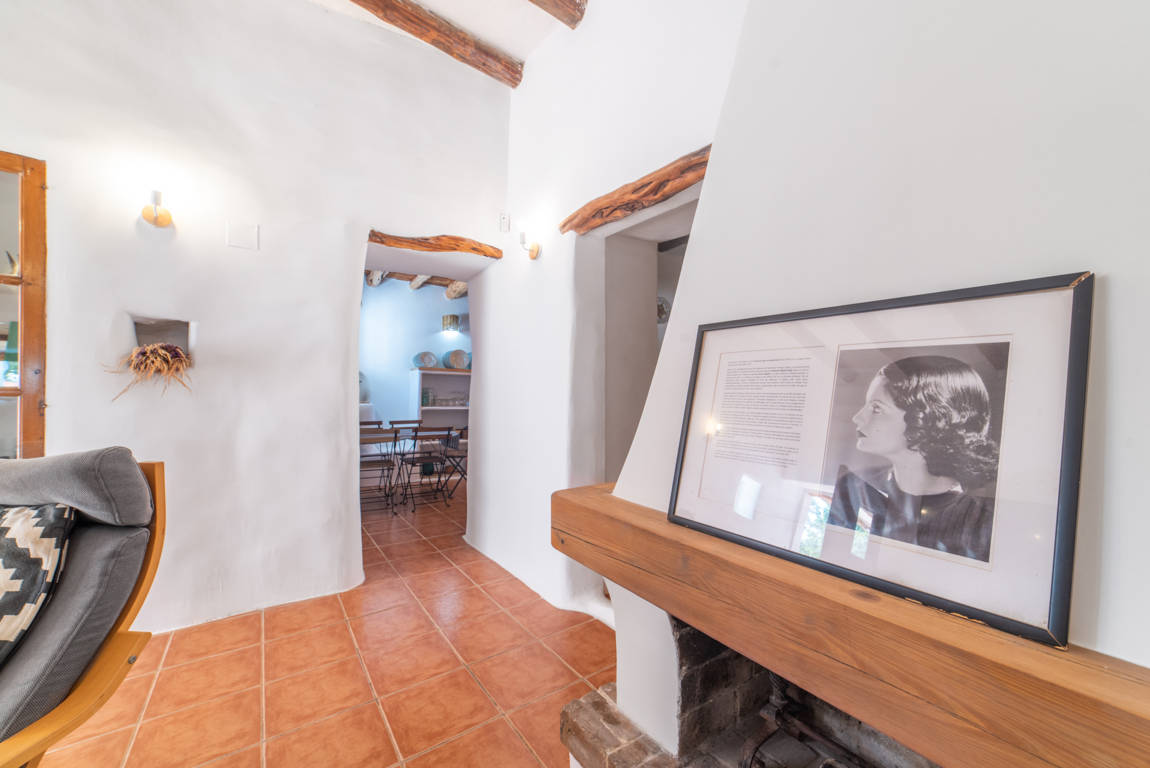 Beautiful recently renovated Casa Payesa in an Ibicenca estate over 300 years old. The house was owned by Princess Indira of Kapurthala. Located between Ibiza and San Jose, 4 km from Ibiza and less than 10 minutes from the airport, in an urban environment with all services.

The 2700 m2 of land with indigenous trees, some of which are centuries old, allow relaxation and the disconnection of rural tourism without sacrificing the advantages of an urban environment close to Ibiza.

The house has 4 double bedrooms (3 bedrooms with double bed and one of them with two single beds) and 3 bathrooms. The sofa is a single bed of 90 in which an extra person can sleep if needed.

The house maintains the traditional Ibizan construction of thick walls which keep the house cool during the day despite the summer heat.
In addition, all bedrooms and the living room are equipped with air conditioning.

To enjoy the outside of the house, the guest has two magnificent porches, a large table for 10 people under a carob of over 200 years that provides shade all day.
The 28m2 pool has a saline purification which is much better for the skin by not using chemical chlorine to keep the water.

Being in a quiet area there is no problem parking outside the house, and it is also possible to park inside the house.

The house was owned by the Indian princess of Kapurthala between the years. Indira was the eldest daughter of Kaphurtala Maraja, a title she did not inherit because she was a woman. After living in England and working for the BBC (she came to work with the famous director George Orwell)

she Indira decided to move to Ibiza and settled in Finca Relax, where she lived until 1977.

Minimum no of nights: on request