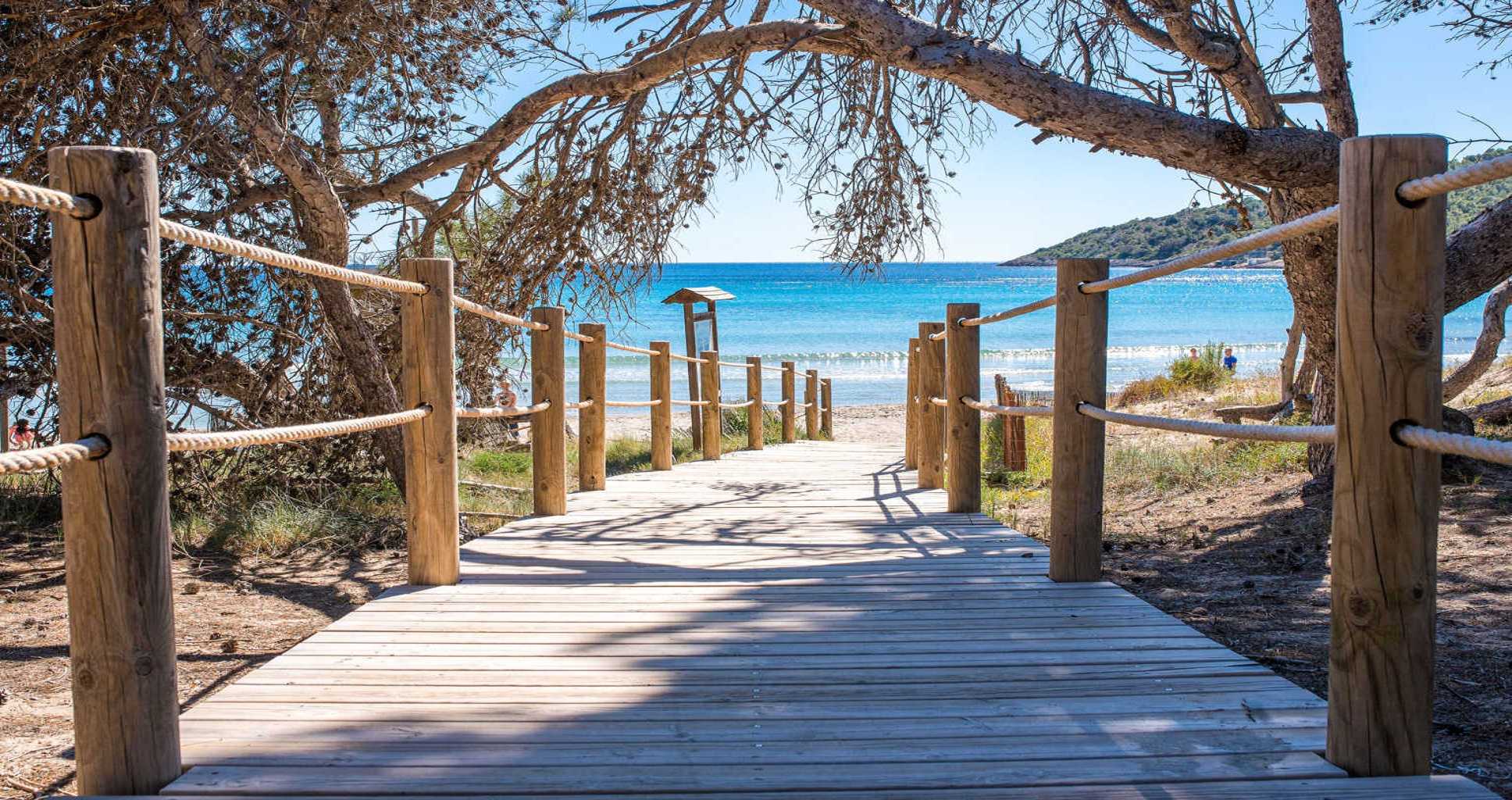 THE NATURAL AREAS OF IBIZA

The natural areas of ibiza since 1995 the natural pools of Ses Salines are recognized as natural reserve area in where many migratory birds, like the flamingos and real magpies, make their nests.

These birds have been seen in recent years, as also the osprey and the peregrine falcon.

Already exploited by the Phoenicians, Romans and Arabs, the salt wells of Ibiza were ceded to the Ibiza town in the 13th century, the islanders had the right to use salt for free and had direct participation in the incomings.

For centuries it was the only source of income for the islands that exported it to the European northern countries. In 1715, after the war of succession, Felipe V claimed it and in 1871 they were sold to a private buyer.

The salty wells are just in the way to the airport arriving at the exit for Ses Salines beach next to the summits of Puig des Corb and Puig des Falco.

They are located along an area of 400 hectares and are surrounded by dunes and forest.

The coastal pools, thanks to the different states of crystallization, show straight lines and according to the seasons, offer spectacular diversities of colors.

In Ibiza, besides Ses Salines and its salt mountains, you will find Es Amunts that is classified as a natural area of special interest and as a rural area of scenic interest.

The best preserved area, extends along almost all the northern half of the Ibiza Island, from the environment look, the essence and the rural traditions of past times, have shaped the rural landscape at the Ibiza Island interior.

In the area you could find many country houses still inhabited by local farmers following the typical dispersed distribution of the population of Ibiza.

There still are many ecological zones: fields and agricultural terraces, spectacular forests and cliffs, all adorned with a great typical variety of flora and fauna species of Ibiza and Formentera.

The very few beaches in this area have kept the concrete away, making Es Amunts the ideal place for hiking and trekking lovers.